Very happy to announce the publication of a letter and poem written from Covid Island …on the occasion of the project Feedback #5: Marshall McLuhan and the Arts presented at the Museum for Communication Frankfurt, in conjunction with the Frankfurter Buchmesse 2020.

Shortly after the suicide bombings and mass shootings that took place in and around Paris on 13 November 2015, journalists of the French daily newspaper Le Monde decided to honor and commemorate the victims by publishing their portraits and creating an online memorial called #EnMemoire (#InRemembrance). Until now, studies of these types of memorials have concentrated primarily on analyses of portraits and their narratives. They have not, however, focused on the environments in which they were produced and received. Likewise, no study has yet explored the journalist’s role or the place of empathy in the online-memorial creation process. Based on memory and journalism studies, this article discusses therefore the online memorial creation process and the role empathy plays in the ways journalists—as mediators of mourning—and readers interact with each other. It also addresses sensitivities the study researcher developed after experiencing these events. 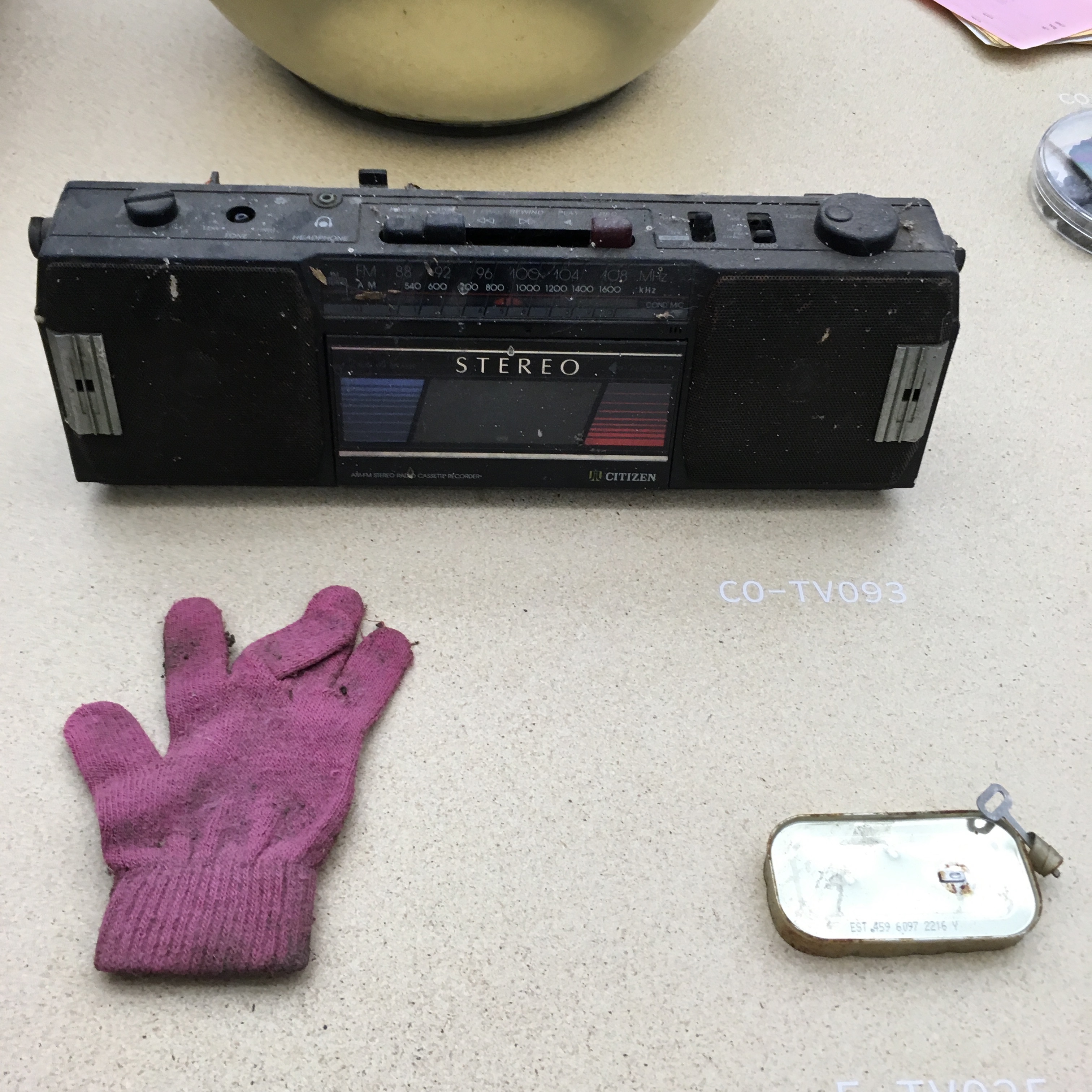 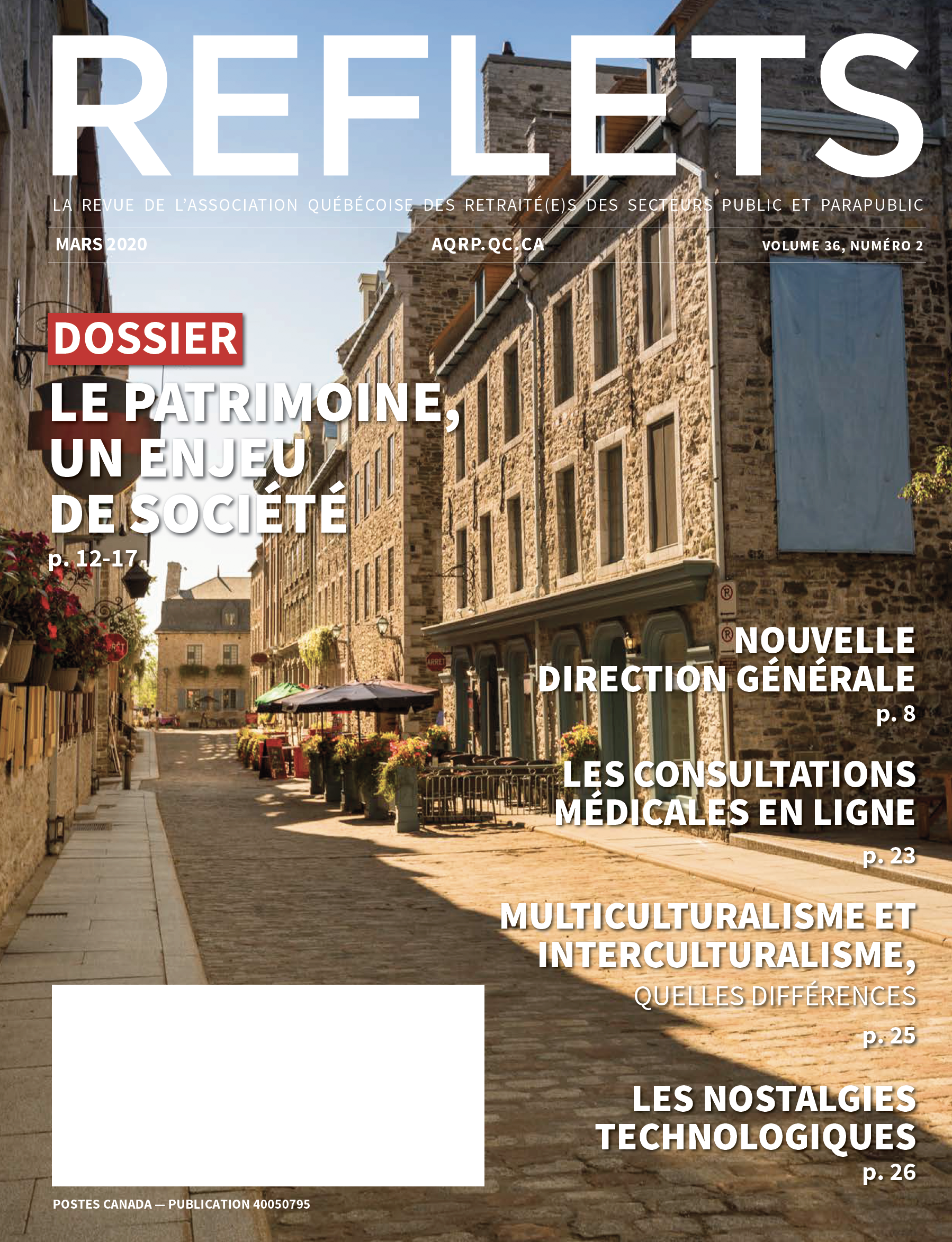 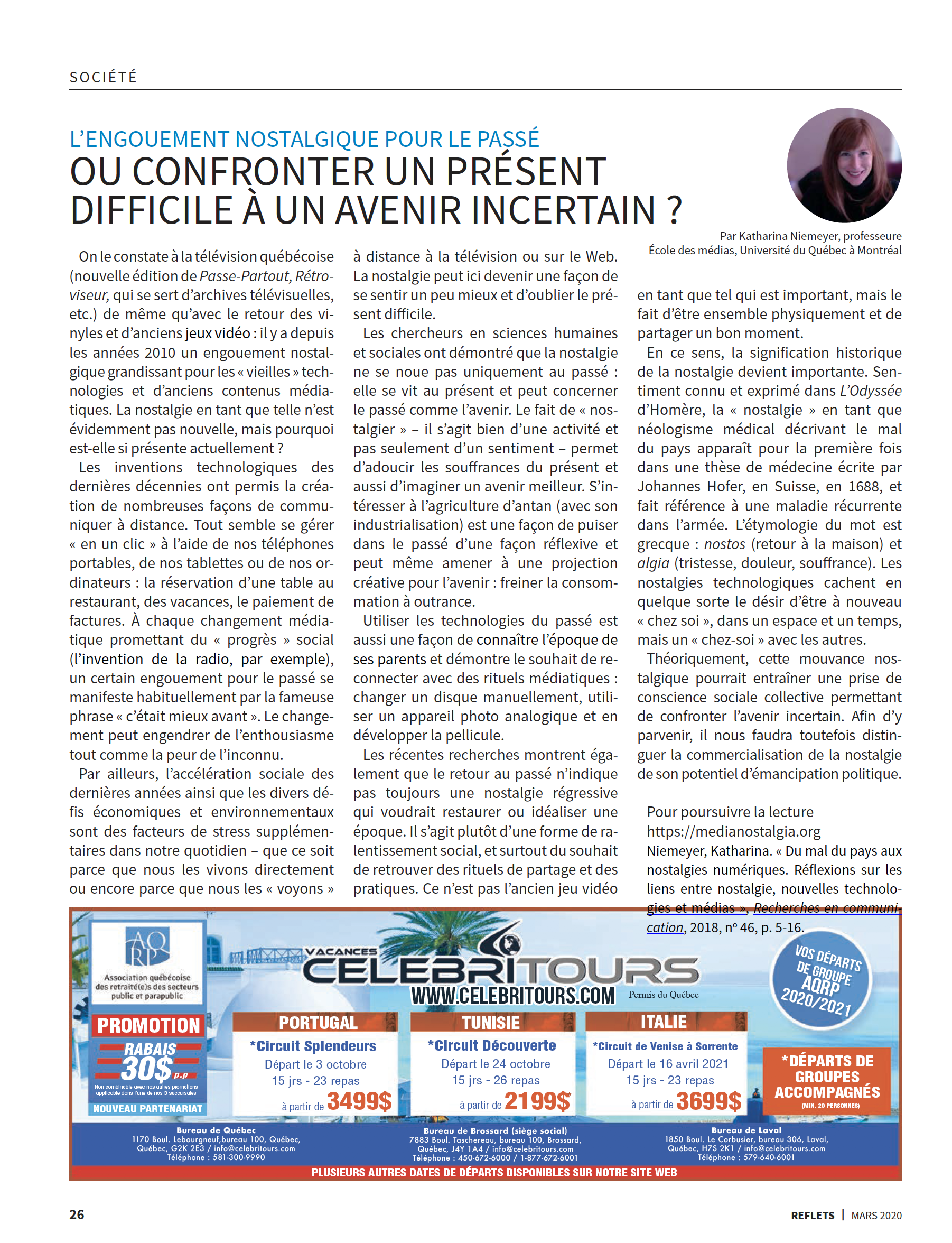 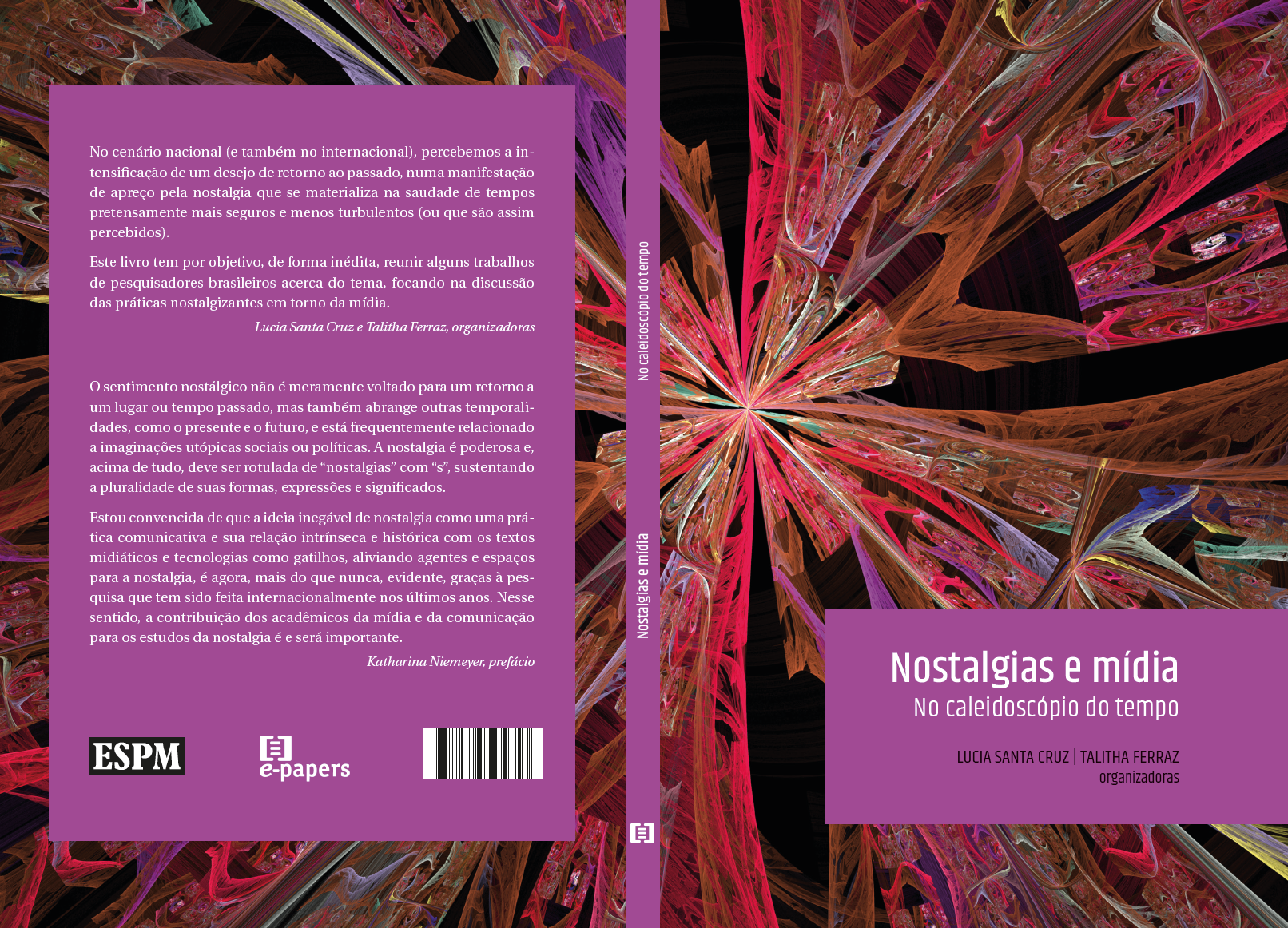 Very happy to have contributed to this inaugural issue: 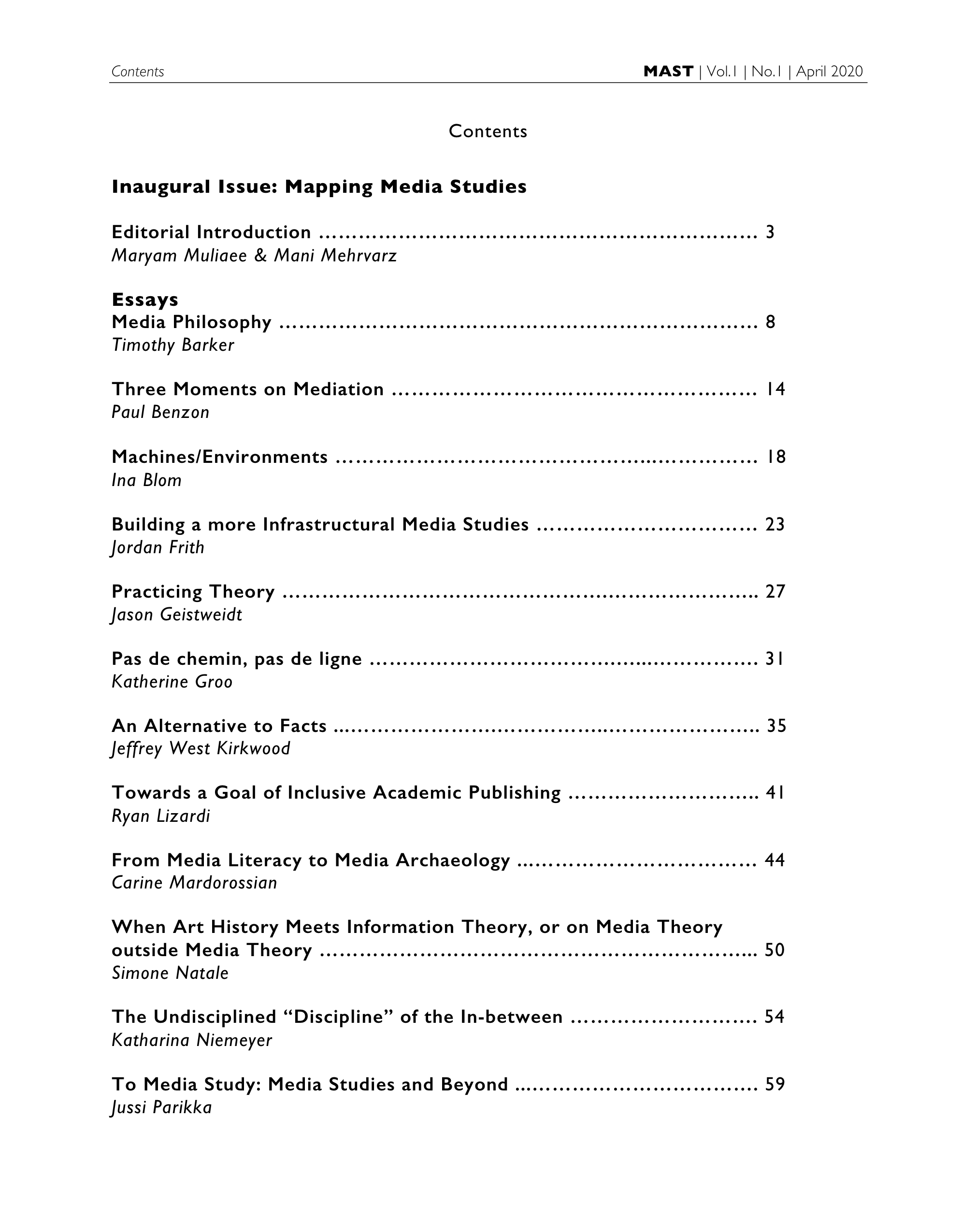 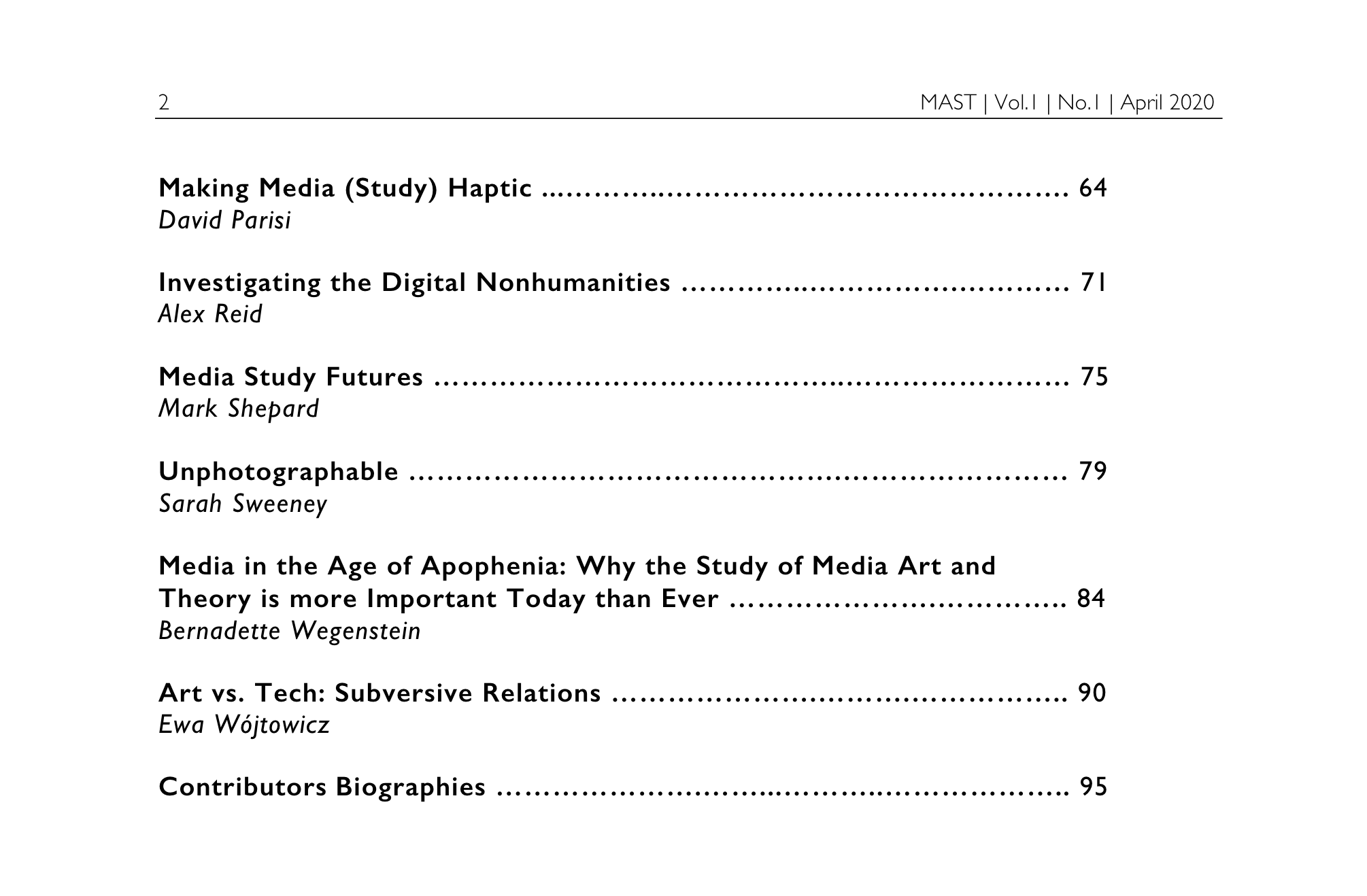 From live-tweets to archives of the future: Mixed media temporalities and the recent French terrorist attacks

Alongside the “arrival” of digital communication technologies in the 20th century, the experience of time appears to have been altering. Hartmut Rosa (2013) has labeled this phenomenon social acceleration and François Hartog (2014) has analysed the regime of presentism in relation to the difficulty for historical narratives to take shape. These tendencies, presumably reinforced with the Web 2.0 and other forms of digital capitalism (Wajcman, 2015), concern everyday life communication, the work place, economic and financial exchanges but also the routines of journalists, newsrooms and war correspondents (see Risso, 2017). This evolution has at the same time fostered the so-called slow movements, such as slower journalism or slow food: forms and expressions of resistance or at least tendecies of (commodified) deceleration. These temporal shifts and interplays are also of importance when it comes to the question of terrorism, its organization and mediatization.
This special issue does not focus on the way terrorist organizations adapt to these new temporal realities or how they use communication technologies. Rather, it is interested in how these social changes transform and perform – or not (the idea of social acceleration is not the explanation for everything) – the way news media narrate terrorist attacks, how the reactions to the latter are shared in (online) social media and how the public and institutions try to archive traces of the event for future historical and commemorative work.

The front page as a time freezer: An analysis of the international newspaper coverage after the Charlie Hebdo attacks
Katharina Niemeyer
https://journals.sagepub.com/doi/full/10.1177/1750635219839378 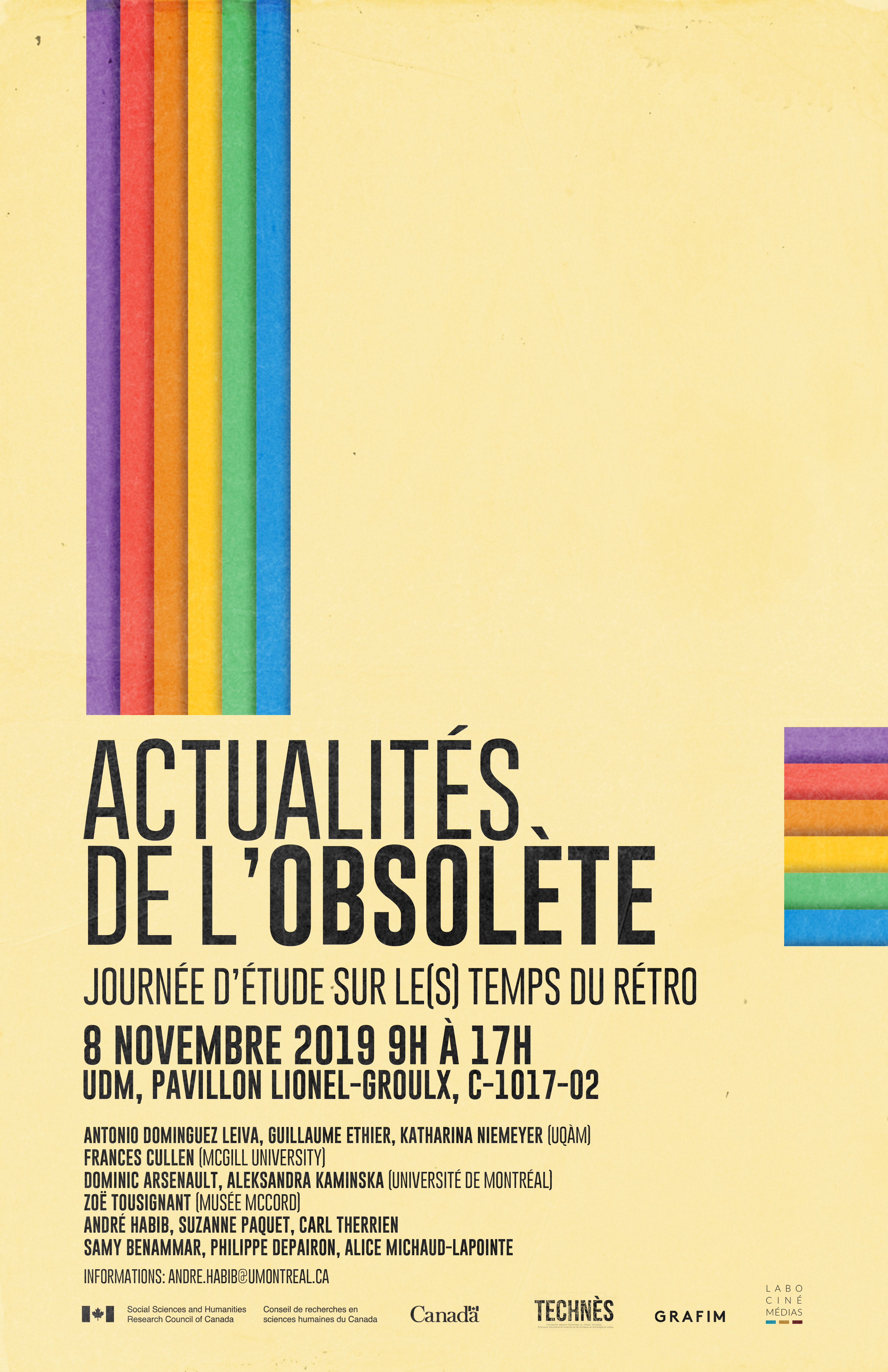 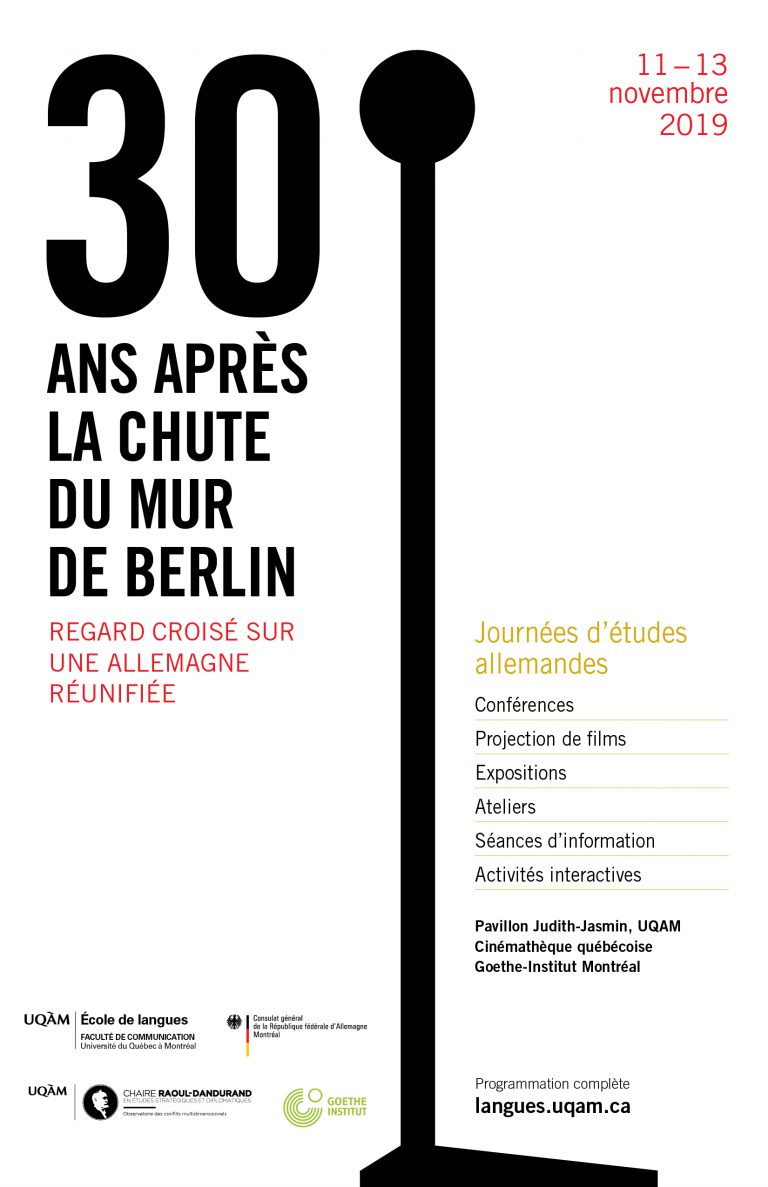 Very happy to be part of the editorial team of this new journal: 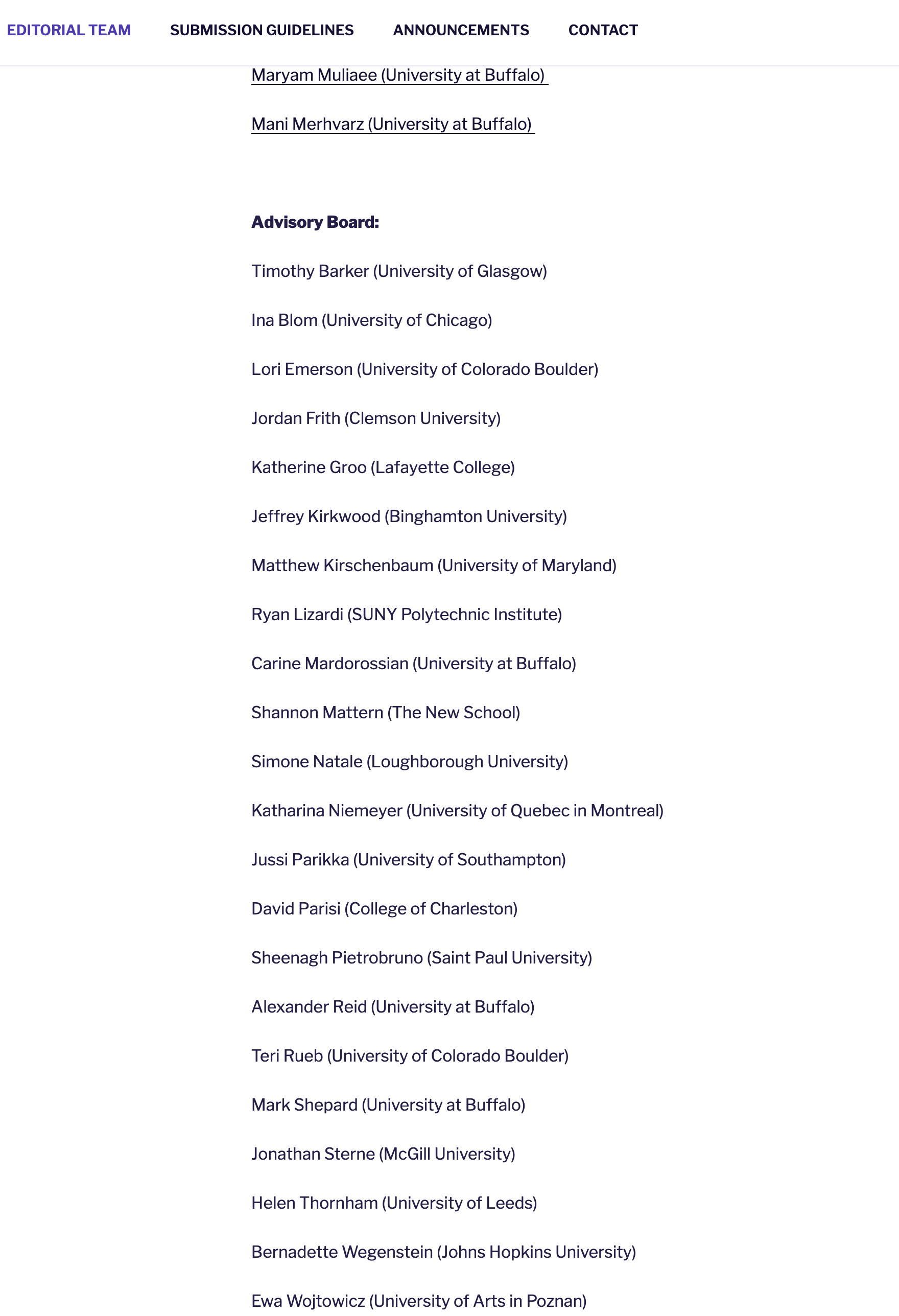 Open House as part of the Journées de la culture

The Goethe-Institut and the Faculté de communication de l’UQAM cordially invite you to come and mark the 30th anniversary of the fall of the Berlin Wall as part of the Journées de la culture. Programme:

Exhibition
The Wall – A Border through Germany

The history of the Berlin Wall and of the inner-German border is documented on 20 large-format posters. On display are a number of impressive photographs and documents from the archives of the newspapers Bild and Die Welt. Addressed themes are the GDR’s border regime and its victims, escape helpers and flight, everyday life along the inner-German border and within the partitioned city, as well as the joyful overcoming of Germany’s partition during the Peaceful Revolution in 1989.
www.goethe.de/canada/wall​

In the summer of 2019, students enrolled in communication, history, music, literature or the German language certificate at UQAM were able to grasp the history and particular stories relating to Germany and Europe, 30 years after the fall of the Berlin Wall. During the 6th edition of the Berlin Summer School, they produced films, reports, interviews, photographs, essays, stories, travel diaries and podcasts as part of the courses offered by Sebastian Döderlein (language school, UQAM) and Katharina Niemeyer (media school, UQAM, CELAT). Many of these works will be exhibited and presented on September 28, 2019 at the Goethe Institut and some productions will be posted online: https://berlinprague2019.uqam.ca/.

Congratulations to Jutta Steiner and thanks for having invited me to write the introductory remarks ! 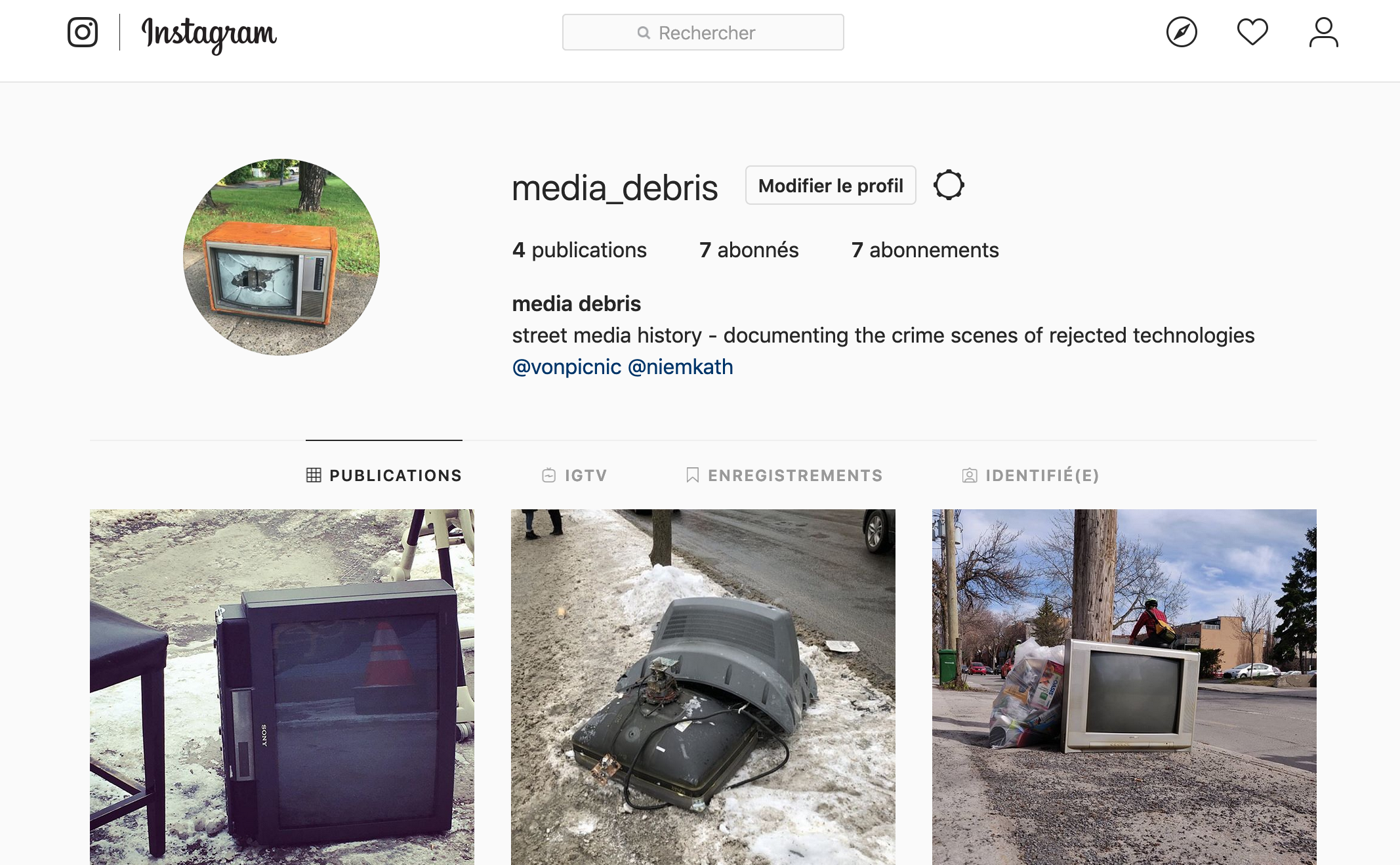 Thanks to the organizers for having invited me to contribute to this performance!

For the Time Being is curated by six postgraduate students seeking to explore the shifting responsibilities of institutions in this networked age, as part of the MA Curating Contemporary Art Programme Graduate Projects 2019 at Royal College of Art, London. The exhibition is produced in collaboration with The Photographers’ Gallery.

For the Time Being is an experimental programme of photo-performance, conceived as a response to the everyday presence of social media. The project invites 5 international contemporary artists Agil Abdullayev, Feng Mengbo, Max Grau and Tamara Kametani and artist collective Agorama to reflect on the role of image sharing networks in their personal lives.

Through a series of on and offline events and performances, the artists will interrogate the way in which popular apps like Snapchat, Whatsapp and Instagram have affected understandings of intimacy, digital connectedness and notions of personal and collective memory.

The project uses Snapchat, an app devised to share intimate, disappearing images, as a central protagonist. Originally designed with unique features of instantaneity, intimacy and ephemerality, Snapchat quickly rose to cult popularity amongst a generation of millennials who used it to develop a means of communication that was playful, creative, subversive, and entirely their own. Today, the artists featuring in For the Time Being use Snapchat as a medium and a tool through which they reflect on debates within contemporary social media. The programme, therefore, presents an assemblage of ideas reflecting on big issues such as internet identities, fake news and data privacy, to more personal encounters of nostalgia and memory. 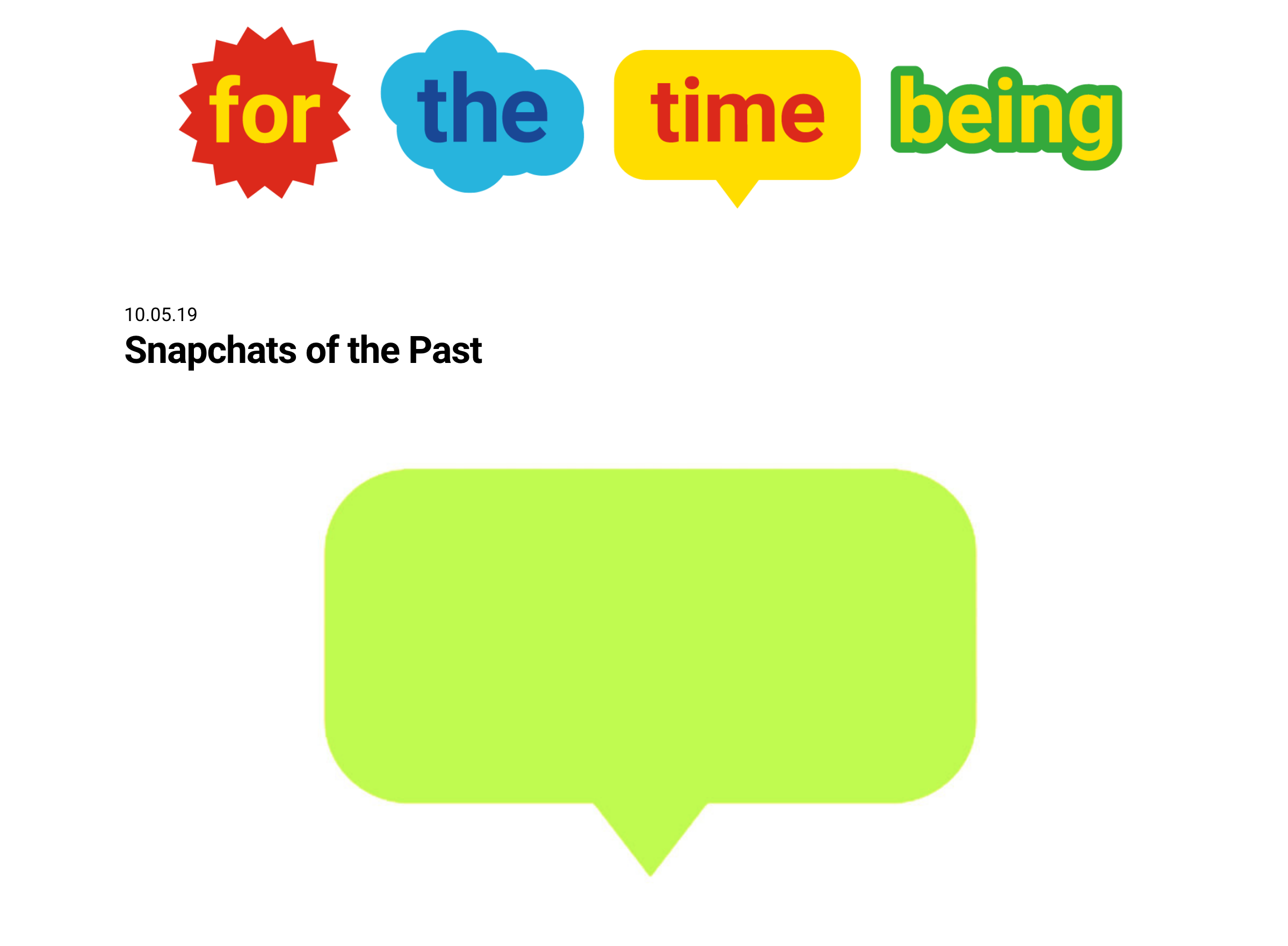